There’s no protected modifier in Objective-C. In a sense, we should be grateful that Objective-C is not Java. On the other hand, sometimes it can suck. What’s the best way to deal with it? Let’s simulate protection!

The problem is already asked and answered

When looking for a solution to this, I found these two StackOverflow posts:

which exposed the real case where the lack of protected sucks (ie subclassing) and also the solution to the problem (ie simulating protection) as used by Apple herself in classes such as UIGestureRecognizer.

Let’s say I have a BSDaddy base class with only one publicly declared taskk:

Let’s say, Dad has information it should share with his son, like an address for instance. Let’s create a new file BSDaddySubclass.h in which we declared this kind of stuff.

Please note that I’m using () instead of something more precise like (subclass) as, otherwise, the properties are not auto-synthetized.

Here is a basic implementation of Dad, in which we also defined stuff we want to keep private from Son.

Please note that we reuse () for the new interface declaration, it will not conflict with the one in BSDaddySubclass.h

Son is a rebel and want to share everything about his dad when he introduces himself.

This is how George and Marty will introduce themselves: 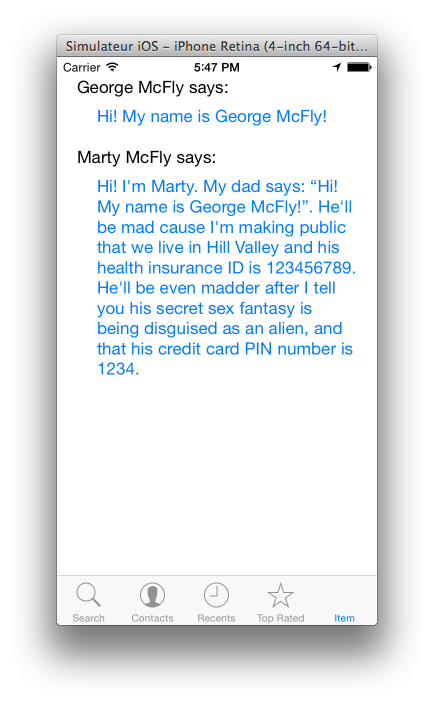 You can find the full source code of this example on my iOS Demo code on GitHub.

And again, if you want to address me some feedback or comments, it’s via Twitter or GitHub.

How to generate Programming Guides with Appledoc